TYE 140: From welfare to CEO with The Queen of Social Media, Rachel Pedersen 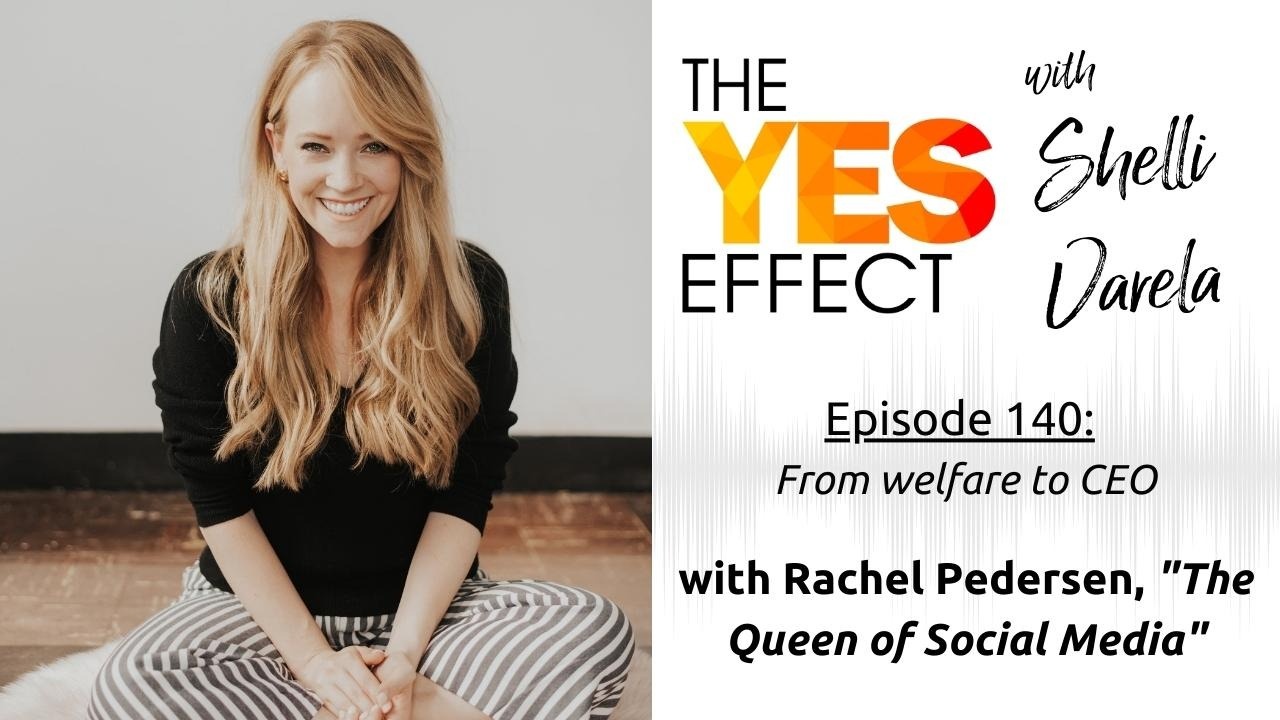 Rachel Pedersen became known as “The Queen of Social Media” for one main reason: realness. In a universe seemingly dominated by male business gurus, hustle culture, perfection, makeup and filters, Rachel helped open the doors for businesswomen to leverage their no makeup, no filter, sweats-and-slippers authenticity on social media.

And she comes by it honestly.

In less than a decade, Rachel went from single mom living on welfare to founder and CEO of two multimillion-dollar companies, a top social media marketer and consultant, worldwide viral sensation, leading authority on storytelling through social media. She also shares openly about living with depression.

Rachel’s new book “Unfiltered: Proven Strategies to Start and Grow Your Business by Not Following the Rules” is a literal piece of art. If you follow it, it gives you permission to be exactly who you are and I guarantee it will be your rocket fuel.

Rachel Pedersen is on The YES Effect show to talk about fearlessly going for it, starting a business from the bottom and finding your version of success by ignoring everyone else’s rules.

“There was a part of me saying ‘you’ve come so far, let’s not stop here. What’s the worst that can happen? Let’s try for it.’”

“It’s one crappy step at a time. It’s one crappy TikTok that’s sharing my voice…done. Ugh. Then the next crappy action step. Not that the action steps are crappy, but when we first do them it doesn’t feel revolutionary. I didn’t realize that’s a part of the ‘how’.”

“So many people are suffering in silence and silos.” -SV

“When you are willing to say ‘I’m going to do something different’ and are willing to stand out and take the heat and pressure of that, all of us are together in a different category because it takes so much bravery.”

“Usually the things we’ve been criticized the most for are actually your rocket fuel.”

“You get to be in charge of exactly what you want to build. This is not a runaway train. You're the conductor and you get to decide how fast or slow you need to go and when you need to stop.”

Book: Unfiltered: Proven Strategies to Start and Grow Your Business by Not Following the Rules