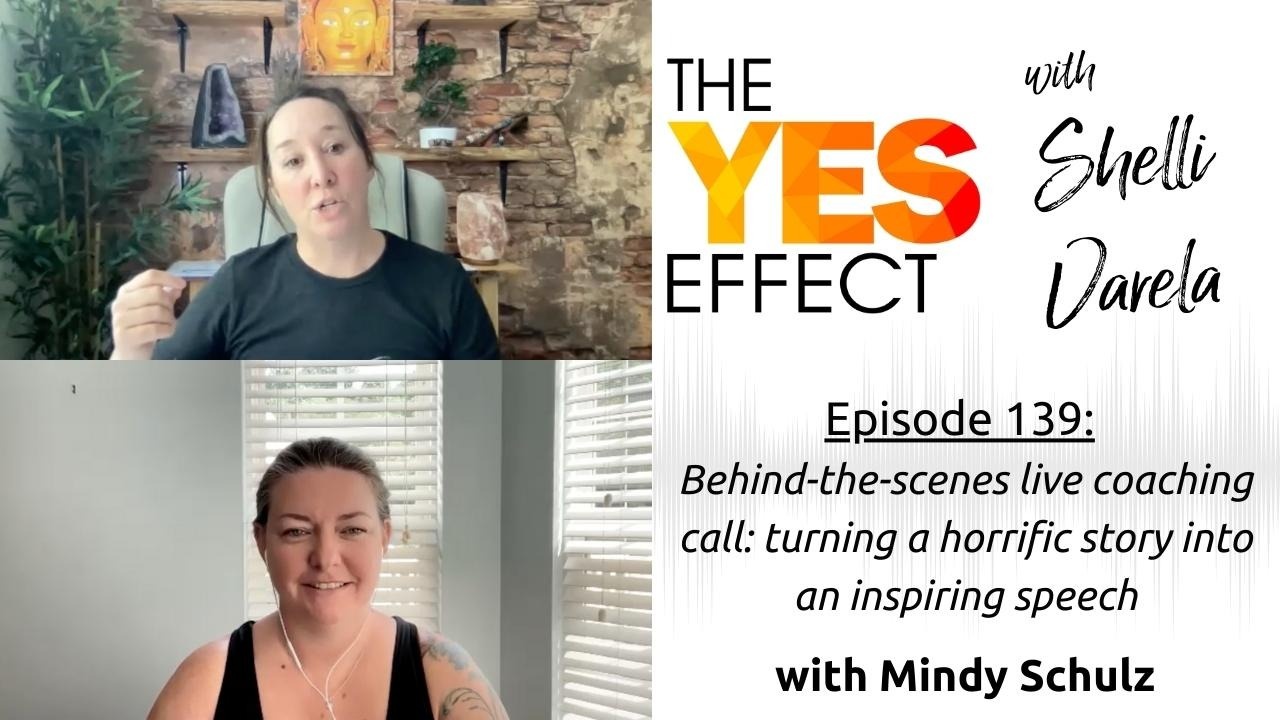 Mindy Schulz survived a parent’s worst nightmare. Now, she is turning her horrific story into an inspiring presentation. She recently called me for some advice and tips on public speaking and how to properly tell her story for an audience. With her blessing, I recorded our coaching call and am offering it to you - raw and uncut - in this podcast.

In 2016, Mindy was walking her 5 month-old son Tristan when they were hit at a crosswalk by a distracted driver. Tristan was killed instantly by the impact. Mindy was badly injured. During this coaching call, Mindy explains the unthinkable grief, guilt and pain that felt following the event. But she also explains why she’s now eager to use her experience for the betterment of others.

It was a very emotional call, as we dug into the details of the event and precisely how this story can be told to engage and impact an audience. “Wow, thank you. Now I feel far more empowered. I feel more at ease. This feels more natural to me which gives me a lot more confidence and assurance. I feel like it’s a natural extension of me now instead of forcing myself into a box.”

“In the fear there’s something beautiful.”

“I’ve done scary things before and I’ve done it by surrendering to the process and moment by moment trying to be grounded in what it is I’m supposed to learn.”

“So many people will think they don’t have the ability to be courageous because they’re still feeling the fear.”

“You’re not writing a book or a story. You’re reliving and unpacking a moment with us.”

“You can not  be wrong telling your story. I know you have the courage and bravery to share it in a way that’s going to be life-changing for the audience.”

“I want them to crack open enough so they can love themselves just a little bit more at the end of the day.”