TYE 135: Google X Co-founder Tom Chi on how to think like an inventor 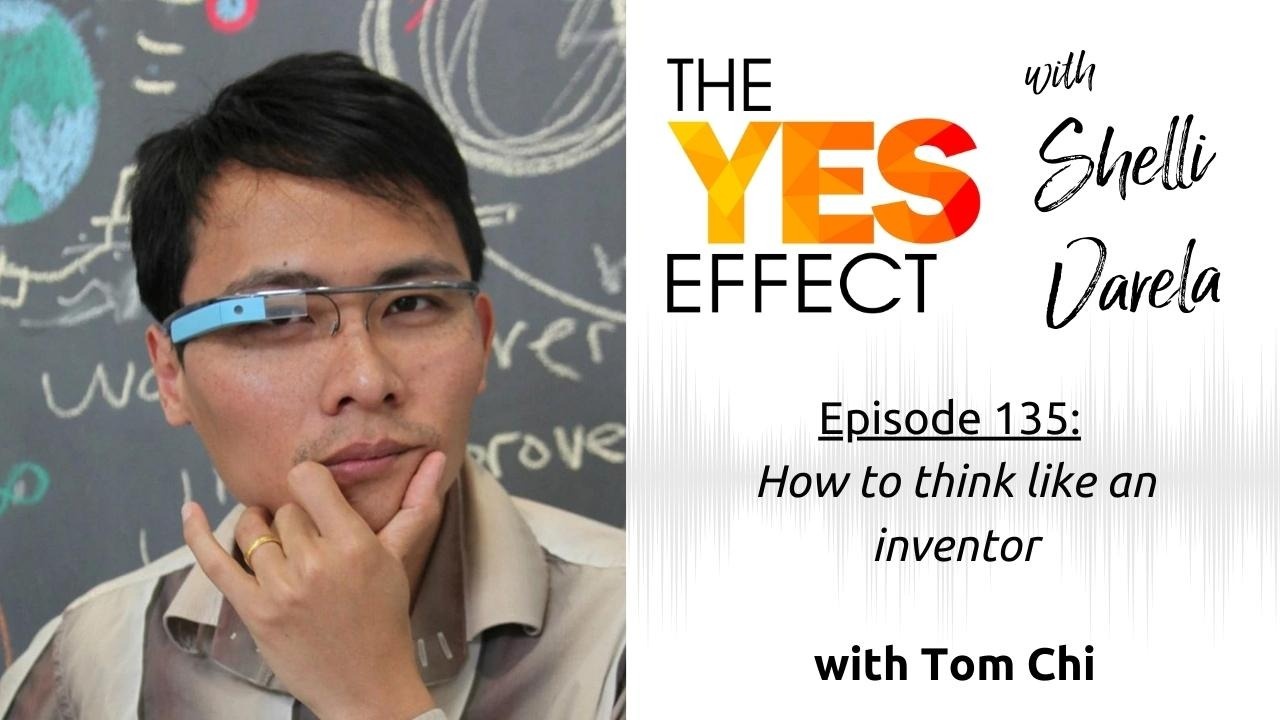 Tom Chi’s list of accolades reads like a novel: Co-founder of Google X where he helped develop Google Glass & self-driving cars, he’s launched things into space, built award-winning robots, worked on the development of Microsoft Outlook and Yahoo Search, has released over 20 albums as a musician, and even released a comic strip.  He began his career at 15 as an astrophysical researcher…immediately after getting rejected for a job at Burger King.

Tom has pioneered a unique approach to rapid prototyping and now speaks and teaches the fundamentals of learning versus knowing, related to how inventors and creators think.  He’s literally the best speaker I’ve ever heard and you’re about to hear why!

After 5 years of trying, I’m thrilled to finally interview Tom Chi on The YES Effect show.

“Part of the reason people don’t invent things and create things is they very quickly come to judgment on what things are.”

“We get so allied with abstract concepts and ideologies that we stop noticing what the actual world is like.”

“If your perception is stuck for a long time, it’s probably not a correct perception because everything in the universe is in some process of change.”

“If you think about the way a kid learns, there isn’t a lot of justification required before they try something new.”

“Anybody learning anything is going to be bad at it for a while. We take something that’s a natural part of the learning process and heighten it into some kind of problem.”

“What I’m trying to do in my work is dig into what types of cognition serve us and allow us to continue to learn and create a great education for ourselves. Not in the ‘I went to Harvard and got a 4.0’ kind of thing. But the ways of thinking that allow us to invent, create and how to be in the world.”