TYE 131: How to be a better public speaker with Gail Larsen 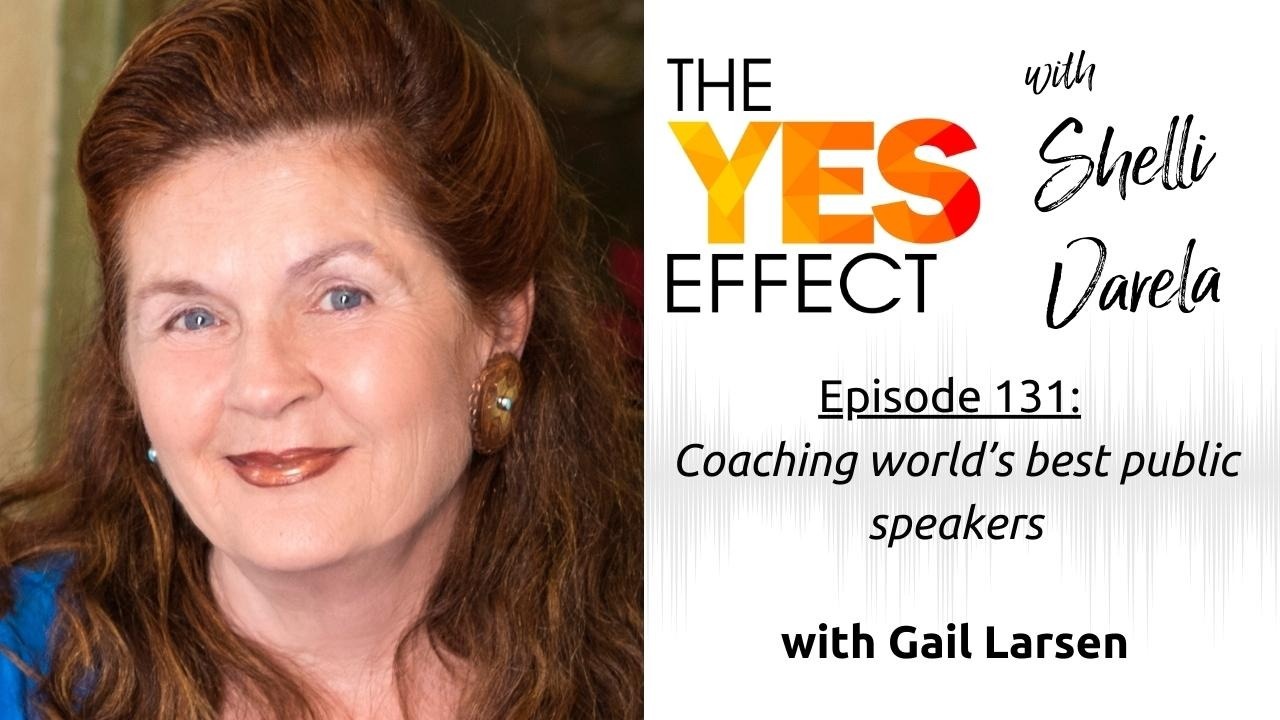 Gail Larsen teaches some of the world’s best public speakers to be better public speakers. People like Marie Forleo and Danielle Laporte have turned to Gail - someone who was once terrified of public speaking herself. Asked to speak in front of the US President, she found an intuitive way to get over her own fear of public speaking and now teaches it to others. It goes past the technical skills of public speaking and digs into your deepest story so you can tell it in a way that inspires, teaches and puts you, the speaker, completely in your “Home Zone.”

Gail was my public speaking teacher, too. She’s on The YES Effect to talk about how she trains world-class speakers to make an impact on their audiences through authenticity, self-discovery and practice.

“Every speaking program tried to get me into technique instead of essence. I think all of us are pretty bored with technique.”

“Everything I do now is based on Indigenous wisdom that takes us back to our truth instead of looking for the next big thing.”

“Most of us are good communicators one-on-one. There’s something about public speaking that makes us think we need to be someone else.”

“If we’re looking to someone else for how we’re supposed to be instead of the truth of who we are, we’ll never get there.”

“When you heal the storyteller you get to tell a better story.” -SV

“The world is asking so much of us now. I don't want any speaker to leave a platform without talking about ‘what’s the new story?’ Because we need to be living into a new story right now.”

“If you’re trying to figure out what they want instead of what we bring, you’ll never have a sustainable speaking career.”