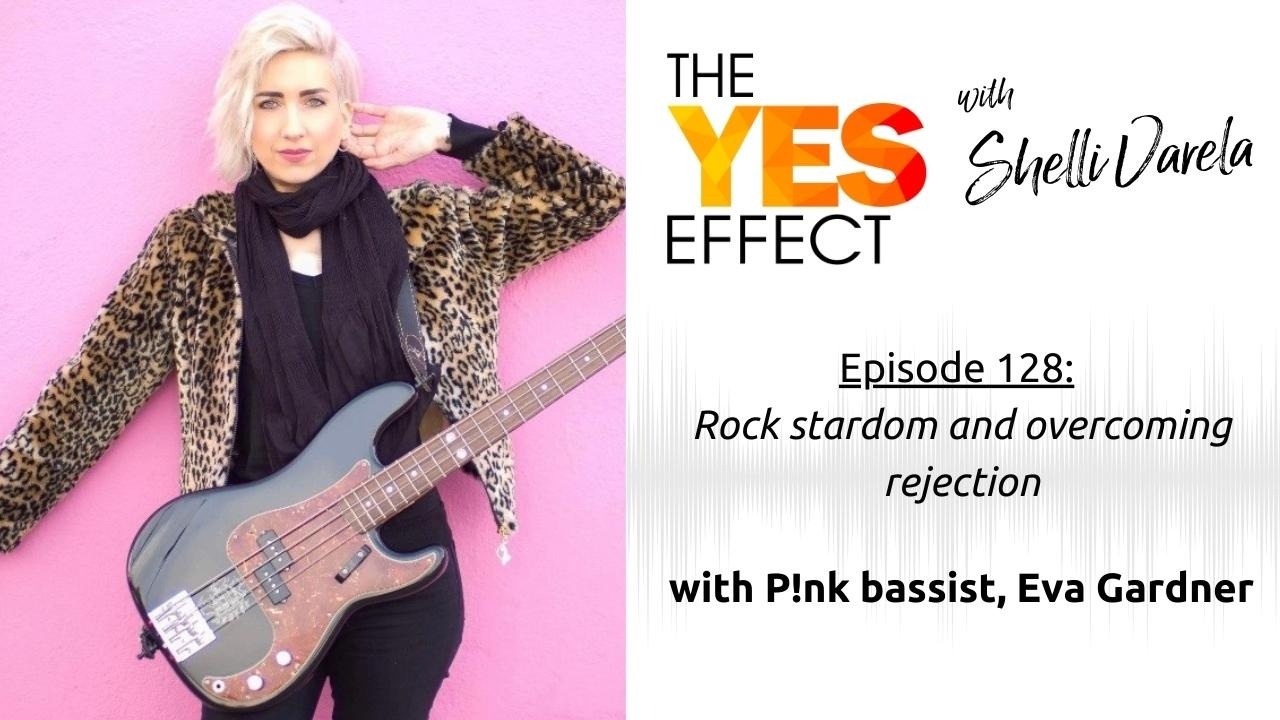 Eva Gardner could have easily been given a golden ticket to music stardom. But the fact that she wasn’t drove her to go get it on her own. Eva grew up in a rock and roll family as the daughter of Kim Gardner, a notable bass player in the 1960’s British Invasion music scene who played with acts like The Creation, Ron Wood, The Birds, Eric Clapton and Rod Stewart. But while Eva found great influence in her father’s career path, she wasn’t immediately encouraged to follow.

It wasn’t until a holiday to visit a family friend, The Who’s John Entwistle, where that all changed. Eva went on to study music at UCLA before beginning a career as a professional touring musician with acts like The Mars Volta, P!nk, Gwen Stefani, Cher, Tegan & Sara, Moby and Veruca Salt.

She’s on The YES Effect Show to talk about her journey from growing up in a rock and roll household, making a name for herself as a bassist, to breaking norms as a female musician in the male-dominated music industry.

“It’s those NOs that made me want to turn them into YESes  even more.”

“The path isn’t always clear at first…until you take the first step.”

“When you’re with people who are bettering you it really makes you step up.”

“Someone asked me ‘why do I do what I do?’ Ultimately it’s about connecting with other people.”