TYE 127: Meet the woman who built the billion-dollar “Chicken Soup for the Soul” brand, Patty Aubery 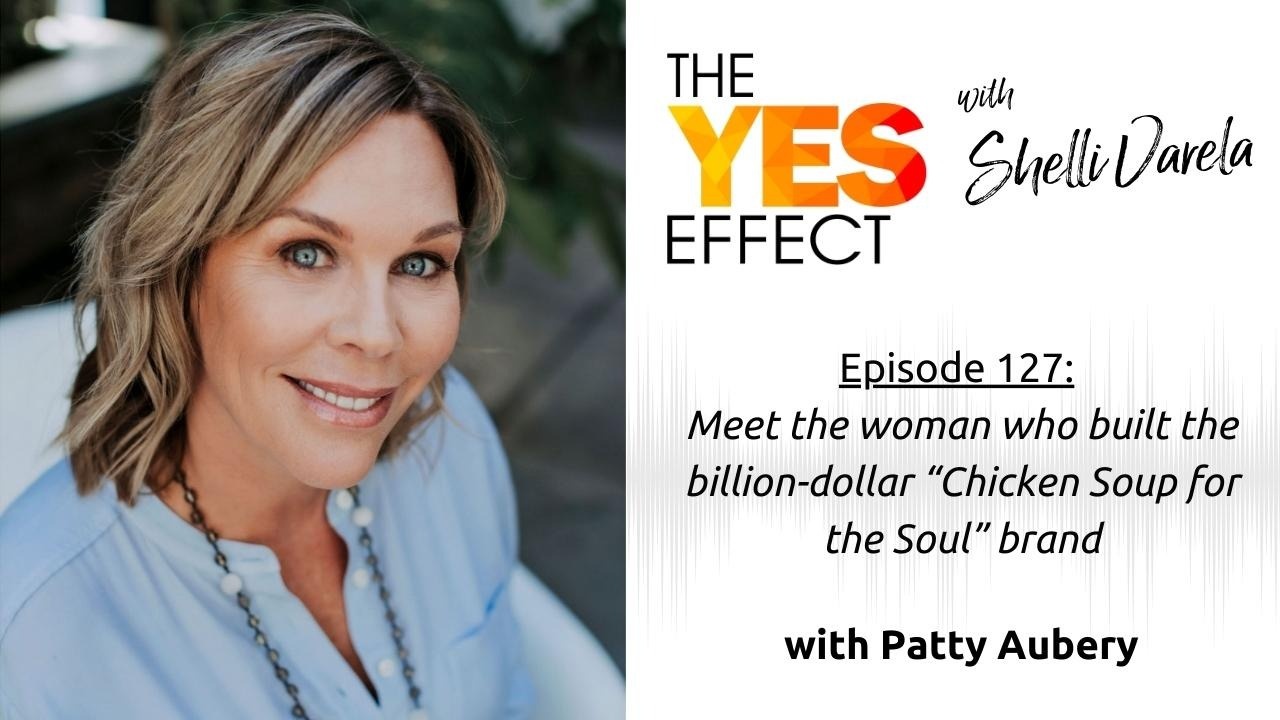 Patty Aubery helped build one of the biggest book brands in history, “Chicken Soup for the Soul.” Starting out as secretary for a then relatively unknown Jack Canfield, nearly broke and getting rejected by 144 publishers, together with Mark Victor Hansen, they went on to build an empire.

While Canfield and Hansen became the faces of the Chicken Soup brand, Aubery emerged from behind-the-scenes to become a powerhouse with a mission of her own.

She’s now President of The Canfield Training Group, helping speakers, authors and coaches create the lives and businesses they’ve always dreamed of through coaching, mentoring,  running luxury retreats and her best-selling book and course, Permission Granted. She’s on The YES Effect Show to talk about what’s propelled her from self-proclaimed “C student from the Valley” to empowering women across the world to show up more boldly and authentically in their lives.

“It’s important to share your vision with people who will support it.  Because a lot of the people closest to us wanna keep us safe.”

“Sometimes you just have to go for it and know it’s gonna feel like an out-of-body experience and awkward. But recognize if you have any bit of inspiration whatsoever, if you follow it, that’s where your passion lies and it’s what allows you to keep on keeping on. If it’s not in your heart, it’s going to be difficult to pull it off at the end of the day.”

“We’re so naturally gifted at nurturing others but we’re horrible at nurturing ourselves. And so it’s so important to have your own cheerleading squad. You have to have people who will hold you accountable to go for it.”

“I don’t need to know everything, I just need to be me.  And if I can help just one other person then I’ve done my job.”

“So often we focus on where we’re gonna screw up, instead of ‘if it could be amazing, what would it look like?’”

“I’m teaching the things I had to learn. If I’m gonna give other women permission to show up and speak and be seen, I have to do it too and be the example.”

“I’ve had an incredible life because I was willing to be the weirdo.”

“In the next 5 years women will rule the world. The world needs women because they need the nurturing, collaboration and consciousness that we hold.”