TYE 118: An Emmy Award-winning Simpsons writer on how to tell a story with Tom Martin 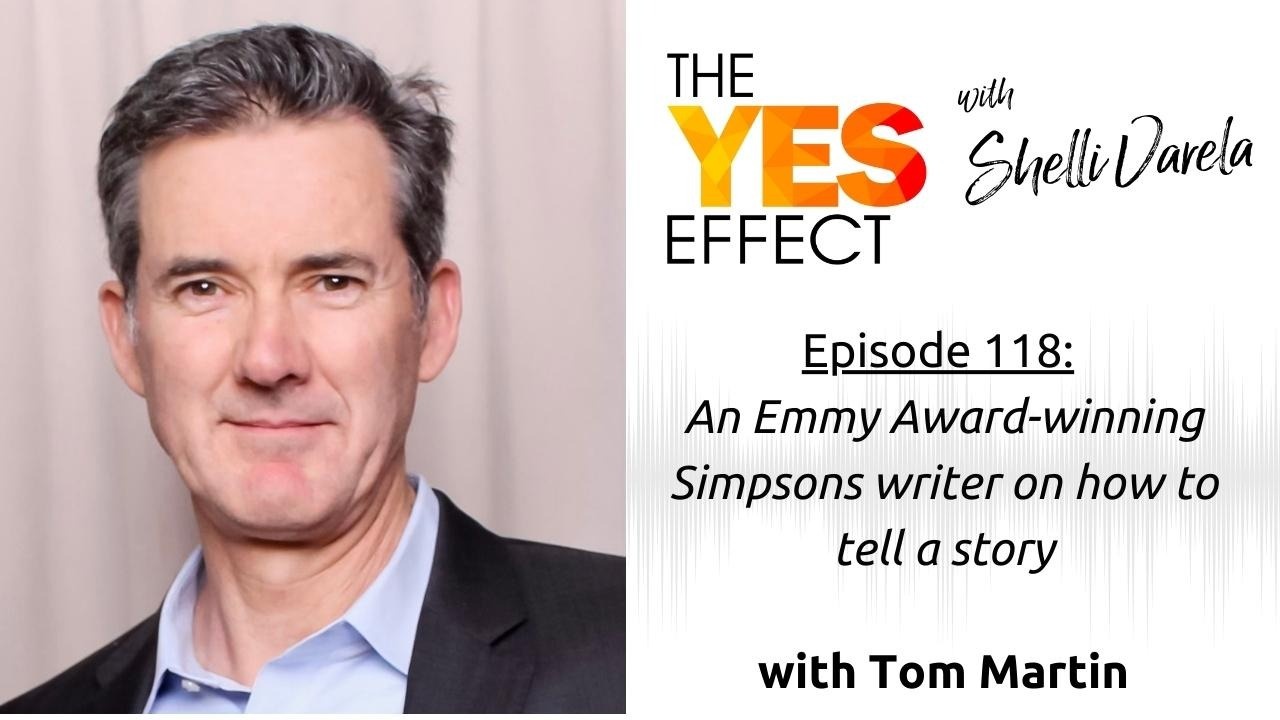 Tom Martin has won multiple Emmy Awards as a writer for The Simpsons and Word Girl. He has also written for Saturday Night Live, The Naked Truth, Just Shoot Me! and Clone High, co-created Talking Tom and Friends, and is Executive Producer of the Clash of Clans inspired series Clash-a-Rama! But he’s not just a Hollywood funny guy with a few Emmys and a knack for entertainment.

He’s someone who has learned the art of using writing - funny or not - to go inside people’s lives and share their journeys in a way that touches others.

Here, he joins The YES Effect podcast with Shelli Varela with advice on how to land big opportunities and how you can find inspiration from just about anything - even being a volunteer firefighter (which he is).

“In your journey through life, opportunities sort of fall in your lap. If you don’t destroy them yourself and say YES, that will take you to good places.” -TM

“There’s a path out there for you that’s the right path if you can listen to some kind of inner voice.” -TM

“It’s not whether you can or can’t…it just hasn’t been done yet.” -SV

“Sometimes if you ask yourself ‘why am I so afraid of this? Why am I so nervous to talk to this person?’ It’s because you should.” -TM

“Even the most arrogant person has fears and doubts. They may not show them, but they really want to be seen and to be heard and to matter.” -SV