TYE 115: What a 21 y/o female firefighter can teach you about possibility with Cassandra Chyz 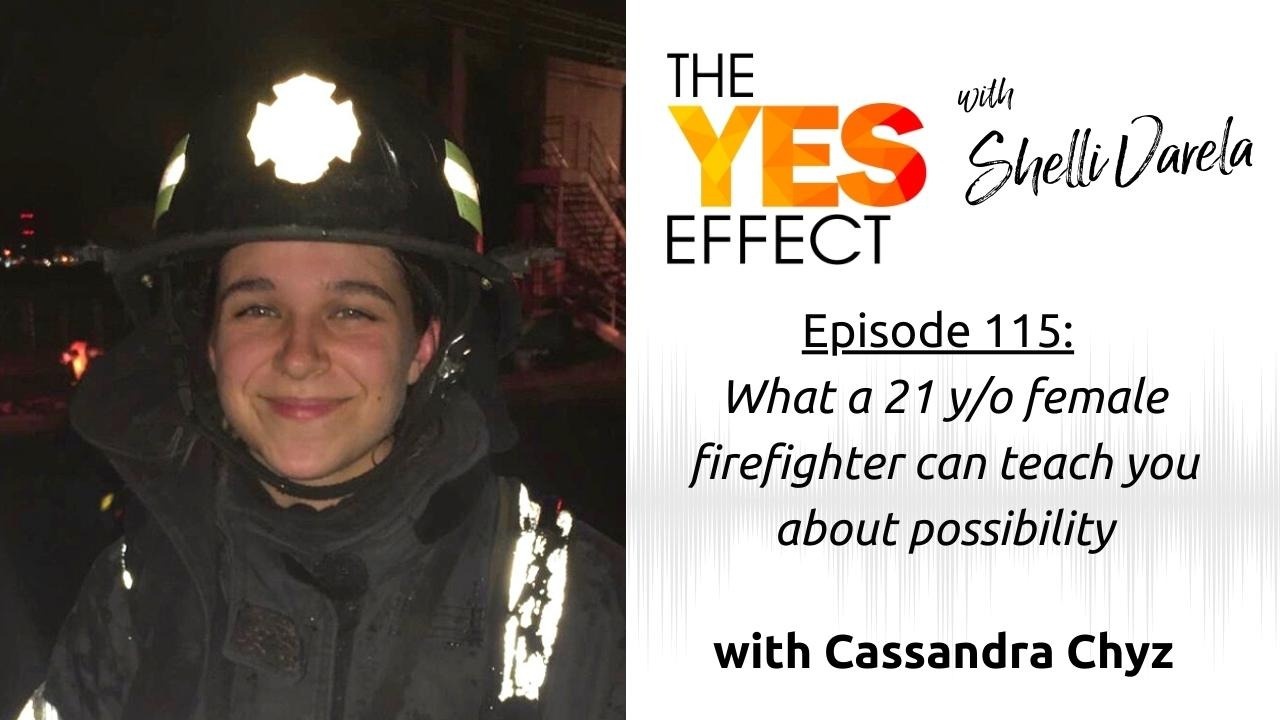 Barely 5-feet tall and just 21 years old, Cassandra Chyz defied every conventional thought - even her own mother’s - to become a fulltime firefighter in Canada’s biggest city, Toronto. From going all-in on training and moving across the country to learn, to failing entry tests and nearly giving up, her remarkable story is proof that all as long as you’re willing to put the work in, success is inevitable.

Cassandra was a pupil of Shelli’s - a trailblazer among female firefighters in Canada, herself. Here, Chyz joins The YES Effect to share her inspirational journey that all began with a spontaneous decision to attend a week-long firefighter camp. She shares how she worked to stand out amongst her male-dominated competition, and even replays the highly emotional voicemail left for Shelli when she was finally offered the job.

There were a few women who helped at (firefighter) camp and in my head ….I was like ‘if all of them did it why can't I do it?’”

I remember just feeling like ‘Okay, I got my school done, this is something I really want, I'm hungry…what do I have to do next?’

What she said was: in my body this is a ‘hell no’…. when you found your ‘hell yes’ that was the thing you tripled down on.’ -SV

I remember you (Shelli) saying … you need to separate yourself. You helped me realize I really needed to stand out. In all my interviews I told them things I thought they wanted to hear. The mindset you gave me was ‘show them that you're the type of person that they want on their team.’

When you say YES and you take action, you become the thing you need to be. -SV